What's on your mind?

On 12/28/2021 which is a long time ago and i have no idea why i still remember this @Omificaint1211 said that "using overseer for audacity is just cringe" no idea who Evan does that but anyways, he had numerous reasons why they are bad and personally I think these statements about overseers were thought about and just "eh imma put this in".

His 2nd reason was that they use their war head activation and that's also not lazy sometimes alot of the scp's are guarding both of the warhead activations so then u can't get there and it's pretty hard. and why would u get mad at overseers when they have something good it's like giving someone a armory and saying that they can't use it.

His 3rd one was how they use high priroty target and just let the "toxic" mtf deal with it and whats bad about that? in other cases that can be used as a huge flex that u just survived Evan as high priority and still u get marked at 5stars why aren't u complaining about that it's still marking.

And his forth reason was the scanner? why the scanner? it's not doing harm to anyone else or Evan making it harder unless ur a scp and can't find anyone like actually get some good reasons why overseer is bad . 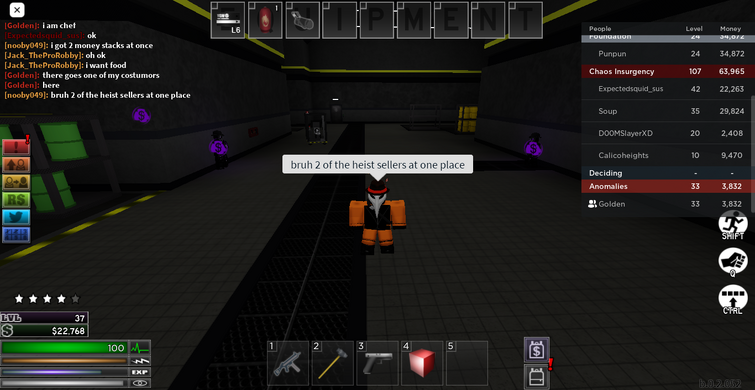 It speaks for itself

So recently, I've noticed as an anomaly, prisoner, heister/CI, and foundation that the Rocket Launcher is too easy to use. It's the closest thing to point and click in this game. Let's look at the other heavy weapons and how they're balanced. Flamethrower: Cannot damage anomalies, short range, canisters cost money, and has a high cost.. Minigun: Rev up time leaves you vulnerable, inaccurate, requires an anomaly, canisters cost money, and high cost. Rocket Launcher: Only has 1 shot per clip, Buggy, and that's about it. The ammo isn't even a concern since duping rockets with the demoman perk exists, and is considerably cheaper than the minigun part B or the flamethrower part B. There is no good counter to it. The locket can't tank an RPG unless the rocket lands far enough away, the projectile travels very fast and is laser accurate, can be equipped from ANY merchant, and can hit multiple people at the same time (The Flamethrower can do this too but it has drawbacks).

My ideas: Rocket Launcher now takes 5 ammo can slots. Demoman perk items now need to be equipped from an ammo can or a vendor. Speed decrease while holding the Rocket Launcher and takes time to equip it. Military training perk gives a 15% resistance to the rocket (damage reduction of 60 if a direct impact for 400 damage). The Rocket Launcher must be reloaded every time upon equipping it and reloads don't save (You don't lose the rocket if you load then unequip, it gets added to your inventory). The RPG now has spread and won't fire always on your crosshair unless standing perfectly still.

Of course, all of these would make the RPG useless and are intended for only 1 to be chosen. I want to hear your ideas. 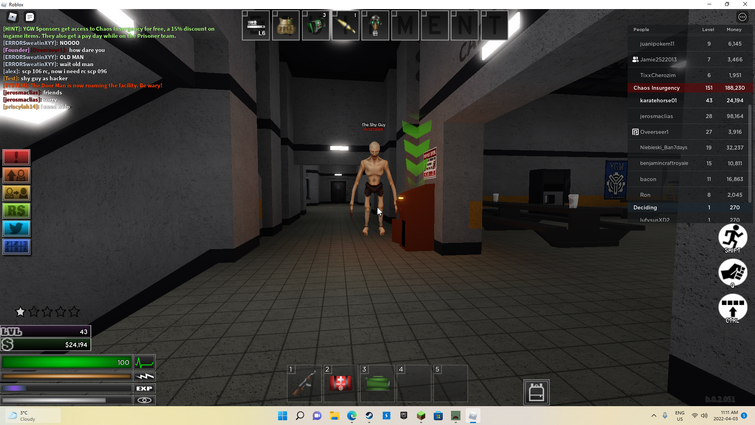 I couldn't get many good screenshots as Shy Guy would kill everyone almost instantly but if you look clearly Shy guy is clearly flying. 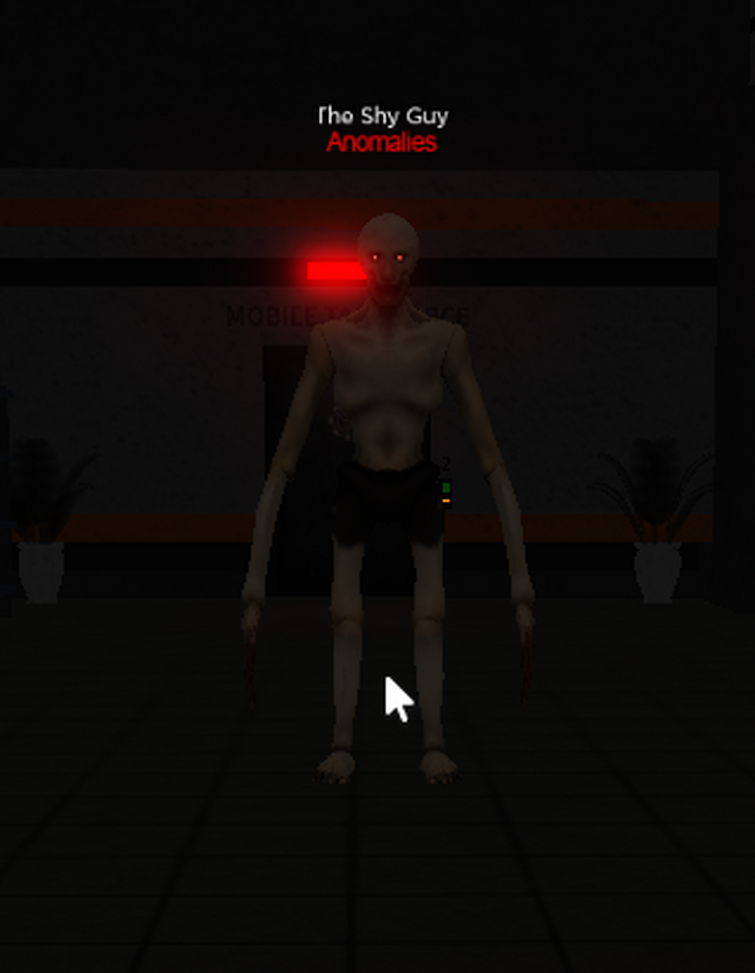 This community is garbage, just played today and it was filled with campers, teamers, and people being toxic.

First off: Campers. When I played today it was filled with campers that ruined the game, everyone in the server was complaining about them, except the foundation team. This shows that most of the people that play the foundation team think they have power over EVERYTHING, and kinda trash at the game.

Secondly: Teamers. So after I sold Heist anomalies, 106 started chasing me. That's okay right? No, I then ran straight into a MTF that tazed and arrested me, AND WHAT DID 106 DO? HE JUST STOOD THERE AND DID NOTHING ABOUT IT, When I complained in chat, the MTF and 106 told me that "Nobody cares".

What can we learn from this?

Well we can defiantly agree that the game and community was better in Beta,

I wonder if constantly necroposting on ancient forums is bannable 🤔

(edited by Terraria76a)
YES, MANY PLAYERS KEEP ABUSING THE ROCKET LAUNCHER
No.

An era has passed, generations of hailing Mr. Fish. But now, i'm moving on I am now, REALFISHLORD. Now we hail the king and leave Mr. Fish. He will still be recognized throughout the ocean, but now now we hail the Lord.

I got military training healthy and some other perks i normally play as mtf with ump-45 and i just getting killed so much anyone can help?

Man I sure do love the door update

A flaming monster of death with 2.5k HP
Little zap from gate boi.

An elite MTF with a locket and minigun.
Little tickle from white boi.

A high trainied elite mobile task force troop with
A little touch from a dude with a weird mask.