Small Content Patch
The Big Content Patch was the 3rd major update to be added to Site-76: Prison Anomalies. It is one of the biggest updates to be added in terms of just content. This update added 4 new anomalies (Fish Man, Eye Pods, Doorman and the Living Room), more badges, and the now removed currency, Shards.

This is the update with the longest wait time in between reveal and release, as it was initially planned to be smaller, like the Small Content Patch, but was delayed as more content was added. See the gallery for the initial developer card.

Note: Changes not mentioned in the update's changelog are marked with an asterisk* at the end 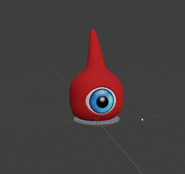