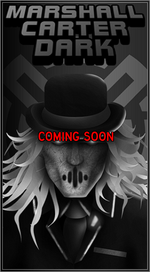 Marshall Carter Dark (MCD) is a mysterious, wealthy, and powerful organization that has infiltrated Site-76. The organization purchases and sells anomalous objects and they do so through Prisoners and the Chaos Insurgency.

Marshall Carter & Dark Agents are members of the organization that have been sent to Site-76 in order to purchase and sell anomalous items and weapon parts. These Agents come equipped with personal Teleporters that allow them to quickly traverse the facility. There are a total of 6 (?) Task Agents that give out contracts and purchase anomalies. There are another 3 (?) stationary Weapon Agents that sell heavy weapon parts.

It might be possible to play as a member of Marshall Carter Dark in a future update, as evidenced by the "COMING SOON" on the MC&D Team option on the Team Selection Menu. No further information is known. 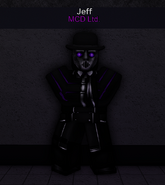