$75 (Sponsor Only)
Prisoners, or commonly known as Class-D/D-Class, is a major team within Site-76. They are comprised of death row inmates that have been forcefully transferred from worldwide prisons to Foundation sites. The Prisoners are directly controlled by the Foundation and are used in experimental simulations or disposal proportions of Anomalies. Foundation members with a Tablet, like Site Director or mainly Scientist, may authorize Prisoners for this reason.

Prisoners will often try to cause chaos in the Site and may ally with the Chaos Insurgency. Prisoners have an innocent/guilty system with some of the following counting as crimes:

If a Prisoner commits a crime, they will receive a respective amount of Bounty, which is based on how much or harsh penalties they committed, and will become vulnerable/wanted to the Foundation.

Prisoners are able to cooperate with the Foundation, escape the facility and join the Chaos Insurgency, or just cause general disorder. Prisoners are able to steal anomalies, and start heists. The spoils of which can be sold to Marshall Carter Dark Agents for a hefty profit. They are also able to breach or play as anomalies, like the Old Man and Burning Man, as well as The Mask, which is exclusive and free to their team.

Prisoners are able to equip guns through Ammo Cans placed by the Chaos Insurgency. A Prisoner will not be deemed guilty[1] when taking a weapon out of an Ammo Can, however the moment they equip a weapon, they will be classified guilty.

Players do not have a paycheck as a Prisoner, but if they own the Sponsor pass then they will receive a $75 paycheck.

If a Prisoner escapes the Site and joins the Chaos Insurgency then they will receive $400 and 200 EXP. Escaping as The Mask will give more. 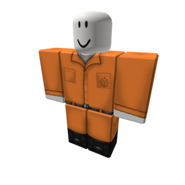 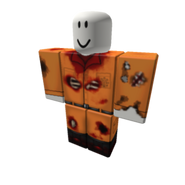 Prisoner Team Image as seen on the Team Selection screen.
Community content is available under CC-BY-SA unless otherwise noted.
Advertisement