Site-76 is the Foundation (also known in-game as Yellow Gearworks) site where Site-76: Prison Anomalies takes place. The site is a secret prison compound responsible for containing both inmates and anomalies.

The Prison Zone is the smallest of the five main sectors and serves as the Prisoners team spawn point. This sector is composed of two cell areas, a cafeteria, a gym and basketball court, and a few hallways connecting to the rest of the Site. The sector is distinguished by an orange line that runs across the bottom of the walls. It is also the only sector with Disposal Bins.

The Maintenance Tunnels are a wide network of loosely connected tunnels. It can be accessed through vents and weak walls located across the Site. They are dimly lit by glowsticks across the floors and are home to the Riot Vendor. They are mainly used by Prisoners and the Chaos Insurgency's as a shortcut between sectors and to avoid detection from the Foundation.

The Foundation Area is one of the largest sectors and serves as the spawn for most of the Foundation jobs. This sector holds many Foundation amenities such as the Broadcast Room and Meeting Room. This sector also holds a variety of lower threat anomalies that are not dangerous enough to be stored in the containment zones.

The Light Containment Zone is one of the two containment zones. This zone stores low and medium-threat anomalies and contains a good portion of all the Site's anomalies. Notable anomalies contained here include, The Sculpture and the Clockwork Machine. This sector is distinguished by two orange lines that run across the top and bottom of the walls.

The Heavy Containment Zone is the largest sector in Site-76 and is one of the two containment zones. It stores almost all of the high-threat and a couple of medium-threat anomalies such as the Plague Doctor and The Mask. This sector is distinguished by two red lines that run across the top and bottom of the walls. 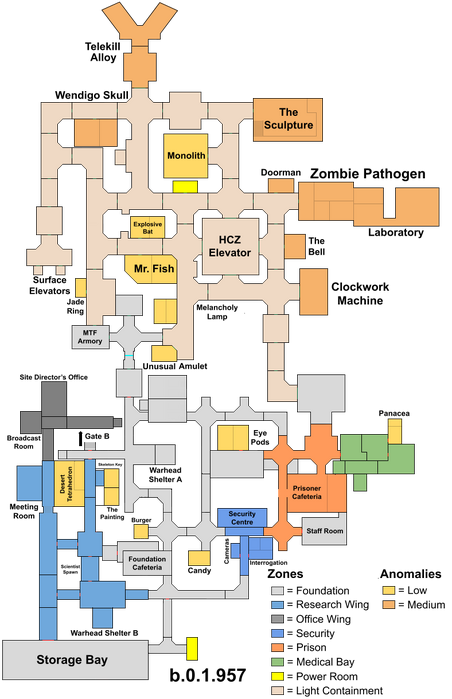 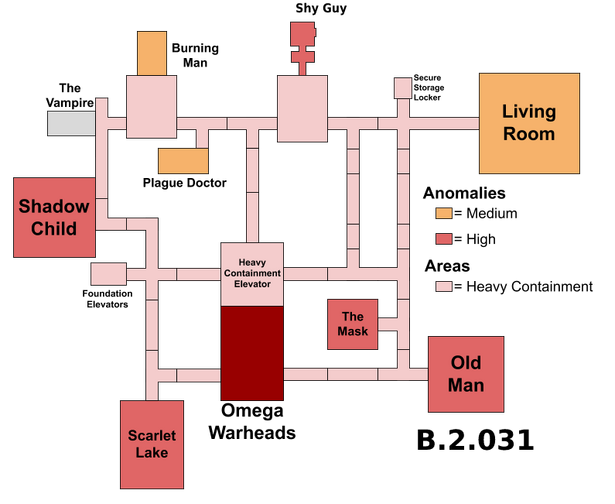 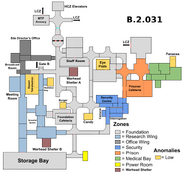 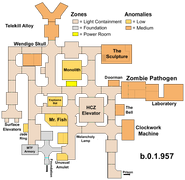 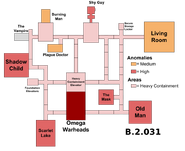 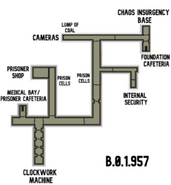 Site-76 Plaque found at Gate B
Community content is available under CC-BY-SA unless otherwise noted.
Advertisement