Work in Progress
This page is currently undergoing heavy construction.

Yellow Gearworks is a ROBLOX group currently owned by Felgrim, but was originally owned by OIdMachine. The group is well known for their two games, Witching Hour and Site-76: Prison Anomalies.

Yellow Gearworks was created on 07/24/2017 by Dhammapada. Ownership has passed from him to Felgrim, to OIdMachine, and back to Felgrim, where it currently sits.

Witching Hour is Yellow Gearworks' first project and first released game. It was released on August 29th, 2018. The game is a plate-based minigame where players need to survive on platforms and be the last one standing.

The game was in early-access upon its release and entered a free-to-play state later on.

However, the game's community has shown signs of inactivity due to the lack of updates.

Powerbond was Yellow Gearworks' second project, which unfortunately, ended up being cancelled early in its life. Power Bond was first revealed on December 12th, 2018, and was later delved into more on January 20th, 2019.

The game was planned to be an online trading card game that would be cross-compatible with Mobile and PC. It would feature a lobby and global ranking system. It was planned to go into beta testing in February or mid-March.

However, by the 27th of February, the game had been cancelled. This was due to the game being more of a handful than what was initially thought by the developers. 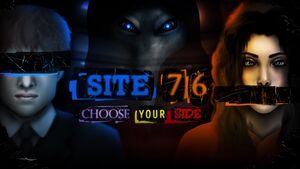 Site-76: Prison Anomalies is Yellow Gearworks' third project and second released game. It was first revealed on December 31st, 2019 and would be heavily inspired off the SCP Universe and the gameplay of Space Station 13.

The game was in early-access on January 26, 2020, and went free-to-play on October 28, 2020. Site-76 was initially planned to become free-to-play much later in its life, but due to unknown reasons, got released much earlier then expected.

Site-76 has managed to maintain an active community thanks to the game's constant stream of updates keeping the game fresh, though this active cycle of updates is currently slowing down. Due to the active development of Yellow Gearworks' fourth project, Pirate Clash, major updates for Site-76 won't come out and small/patch updates for Site-76 will now generally take longer to come out. 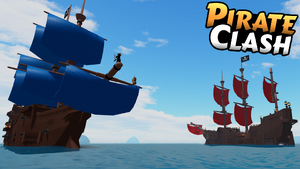 Pirate Clash is Yellow Gearworks' fourth project and is actively being worked on alongside Site-76.

Community content is available under CC-BY-SA unless otherwise noted.
Advertisement